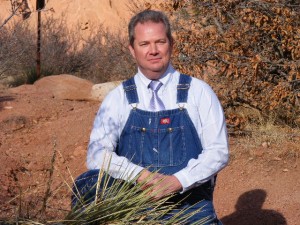 In early 1998, at the end of a trip that combined airplane, bus and taxi, I found myself in San Juan Chamula, Chiapas, Mexico, where unauthorized cameras are not permitted. I was investigating the religious intolerance against evangelicals in Mexico’s southernmost state. As a result of this trip, my three-part series entitled “Martyrs and Exiles in Southern Mexico” was published in World Pulse, then a part of the Billy Graham Center in Wheaton, Illinois. Soon afterward, Indian Life, based in Winnipeg, Manitoba, reprinted my three articles.

Twenty years before, I arrived in Thessaloniki, Greece, during the summer of 1978 for a three-month ministry trip. A major earthquake struck the city five days later. So our focus shifted to the Greek Evangelical Church Camp in the village of Leptokarya on the Aegean shore. From there, I wrote several reports – about both the ministry and also the earthquake – which were published in Cable magazine.

During the intervening 20 years, I earned my journalism degree with honors from University of Oregon. Then I lived and worked in and near Mexico City, writing regularly for World Pulse, including multiple front-page stories, such as “Overcoming the Void,” which was adapted and reprinted in InterLit, published by Cook Communications. In Mexico I published a quarterly newsletter called Desafío Transcultural, which received intercontinental response. I also wrote in Spanish the article entitled “Las Seis Marcas Distintivas del Discipulado Verdadero y Práctico,” initially published in El Faro, and then reprinted in Apuntes Pastorales.

For the past fifteen years since 1998, I’ve been a regular writer for InSite magazine – including cover stories – published by the Christian Camp and Conference Association, and I helped improve operations at a large newspaper. In addition, I published a book, 379 pages, about the religious persecution and struggle for autonomy in the Mexican state of Chiapas. The title is Once: Once, which translates in English: “11:11.” Congressman Tom Tancredo responded in a handwritten note to me, “Many thanks. Great read!”

That totals 35 years. Thirty-five years of fruitful experience that now can benefit your organization. My objective is to assist your organization in achieving its desired results in public relations and communications (both external and internal), without the need to hire any additional staff (neither part-time nor full-time). You can outsource to me as often or as little as you need. That means press releases, full-length articles, web content, development materials … all of which are included in my range of skills and experience.

Do you have an immediate need that you’re facing? Please review my résumé below to obtain more details about my references and achievements. Keep it for future reference. Contact me for a preliminary phone interview so that we can evaluate our mutual compatibility. When we talk, I can explain to you my journalistic principles and development philosophy. I look forward to hearing from you.

… is to assist your organization in achieving its desired results in public relations and communications (both external and internal), without the need to hire any additional staff (neither part-time nor full-time). You can outsource to me as often or as little as you need, by working together on the basis of individual, project-based agreements.

… that demonstrate the kinds of results that can be replicated for your organization. Some examples:

1) Cover articles. These demonstrate my ability to give your organization prominent recognition –

2) Following initial publication, my work regularly has been reprinted by other publications. All these illustrate my ability to multiply the exposure that your organization receives –

a) My extensive, how-to article, “Las Seis Marcas Distintivas del Discipulado Verdadero y Práctico,” was initially published in El Faro magazine, Mexico City. I wrote this article originally in Spanish, which also demonstrates my bilingual ability. Subsequently, the article was adapted and reprinted in Apuntes Pastorales (co-published by Desarrollo Cristiano Internacional and the Luis Palau Evangelistic Association). And then this same article was reprinted again by Consejero Bíblico. Finally, it was translated into English and published again.

b) My three-part series, “Martyrs and Exiles in Southern Mexico,” about the religious intolerance in Chiapas, including my own photos, was originally published in World Pulse. Soon afterward, it was reprinted by Indian Life (published by Intertribal Christian Communications, Inc., of Winnipeg, Manitoba, Canada).

d) Christian Life first published my article, “Wait – And Be Successful.” Later it was translated into Spanish and published by Prisma in Mexico City.

3) International buzz on the Internet. For instance: a press release that I posted online for Christian author, Lee Cuesta, was picked up not only in Italy (http://www.newsitaliapress.it/interna.asp?sez=267&info=136153), but also in Puerto Vallarta, Mexico (http://banderasnews.com/0705/entbk-onceonce.htm). The same press release also was picked up by several online forums and political websites within the United States.

4) Over fifteen years of non-profit experience – a) Living and working for eight years in and around Mexico City, I am fully bilingual in Spanish. During this time, I published a quarterly newsletter called Desafío Transcultural, which received intercontinental response – from as far away as Equatorial Guinea, in Africa, where Spanish is an official language, as well as throughout Spanish-speaking Latin America.

c) At the corporate headquarters, I was editor of the constituents’ publication, Lost & Found, as well as ghostwriter for the president. I composed appeal letters and press releases, and also wrote and designed informational brochures.

d) At Canby Grove Conference Center, I was in charge of donor relations and development.

Please call or e-mail to set up a preliminary phone interview so that we can evaluate our mutual compatibility. Contact me to request specific samples of my published work.