éxitophobia 101: the “what now?” syndrome 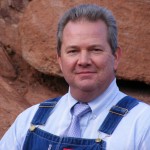 I am convinced that the primary reason major organizations – whether non-profit or for-profit – fail to accomplish their stated objective is not the fear of failure, but just the opposite.  We suffer from a fear of success.  For instance, the church – as well as mission groups – are failing to complete the “Great Commission” because they suffer from a fear of success.  Similarly, Big Pharmaceutical fails to find a cure for cancer due to the fear of success.  In both cases, the primary method for perpetuating their purpose is by failing to succeed.

I’ve coined a word for the Fear of Success.  I call it éxitophobia – like agoraphobia.  It is based on the Spanish word, éxito, with an accent mark above the e, which means success.  And I believe this fear is valid because it’s a problem that’s described in several places in the Bible.  In this post, I want to explore this phobia in the book of Jonah, beginning with chapter 4, because Jonah is a classic case of éxitophobia.

In verse 1, Jonah’s response is anger and displeasure as a result of his success displayed in 3:10, immediately prior.  He was afraid that his ministry would be successful, and that God would withhold his wrath, which is exactly what happened.  “Was not this what I said while I was still in my own country?” (verse 2).  He continues: “Therefore, in order to forestall this, I fled” (NASB).  Forestall means to prevent, avert, hinder.  Is this sometimes the subconscious, unspoken attitude in missions today?  Jonah actually fled from the Lord’s presence, which we’ll see when we jump ahead in a future post to chapter 1 (verse 3), because he was afraid of success.

The second half of verse 2 in chapter 4 shows us the attributes of God with regard to missions, which is how Jonah knew that his preaching would be successful.  Jonah says, “I knew that You are a gracious and compassionate God, slow to anger and abundant in lovingkindness, and one who relents concerning calamity.”

We see the “what now?” syndrome as a symptom of éxitophobia in verse 5.  It says, “Then Jonah went out from the city and sat east of it. There he made a shelter for himself and sat under it in the shade until he could see what would happen in the city.”  He just sat there, waiting to see what would happen next.  After his amazing success, and his angry response, he was asking himself, “What now?”

The “what now?” syndrome is best illustrated in the 1972 movie The Candidate, starring a young and handsome Robert Redford.   Robert Redford plays Bill McKay, a California Democratic candidate for U.S. Senator.  Peter Boyle plays Marvin Lucas, McKay’s political handler.  McKay wins the election, and amid the victory celebration in the hotel, he says to Lucas: “Now.  I want to talk to you.”

The two of them step into the service elevator, but a Hispanic waiter in the elevator says: “You guys no supposed to be here.”  So they get off the elevator, walk down the hall, and enter a room.

Lucas says:  “We’ve got about 60 seconds of privacy before they find out we’re here.  So, what’s on your mind, Senator?”

“I don’t know.”  The enthusiastic crowd starts pounding on the door and trying to come in.

Lucas opens the door and says to the crowd, “Wait a minute.”  Then to McKay: “What?”

McKay mouths the words again:  “What do we do now?”

That’s the last line of dialogue in the movie.  The eager throng tries to rush in.  Lucas and McKay exit the room.  The door closes.  An empty, quiet hotel room.  The ending credits.

This final scene of the movie culminates the opening premise of the movie.  The campaign was never intended to succeed; in fact, its whole purpose was to not succeed.  Early in the movie, in the living room of McKay’s home, Lucas takes a matchbook and writes something inside of it.  He clicks his pen.

“That’s right.  Here’s your guarantee.”  Lucas hands him the matchbook, and McKay looks inside.  The two words:

The entire campaign was based upon the avoidance of success.  Like McKay, we don’t plan for success, which is why when we achieve it, we don’t know what to do next.  That’s why we see Jonah simply sitting under a vine after this great spiritual triumph.  He had no plan for follow-up after his evangelistic campaign.  This is the “What now?” syndrome.  We never plan beyond the potential success.  We envision success as an end in itself, rather than as a step toward a greater success.  So since we never plan beyond, we fear succeeding.

On the contrary, Christ’s ministry in discipleship was always one of planning for success – and beyond.  We must always plan beyond the success, like Jesus Christ, to prevent the fear of it.  Often, many Christians reflect this fear of success in their eschatology – their view of the end times.  They say things will get worse and worse until one day, poof, we’re outta here.  Unfortunately, this view of the end times is a historically new doctrine.  They fail to realize that, through the church, Christ has commissioned us to establish his kingdom.

In Matthew 13, verses 30 plus 40-43, Jesus reveals that God will gather the evildoers so that the righteous will remain and shine in His kingdom.  It’s like a “reverse rapture.”  Therefore, we must instead be planning not only for success, but also beyond – rather than fearing it.  We must always be prepared to answer the “what now” question, so that we never need to ask it.

This entry was posted in Fear of Success. Bookmark the permalink.